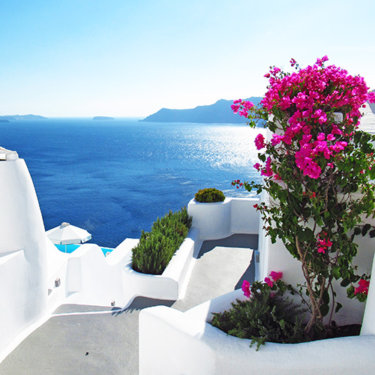 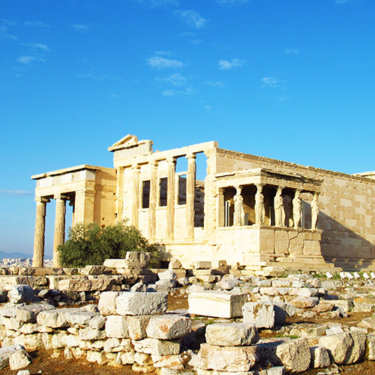 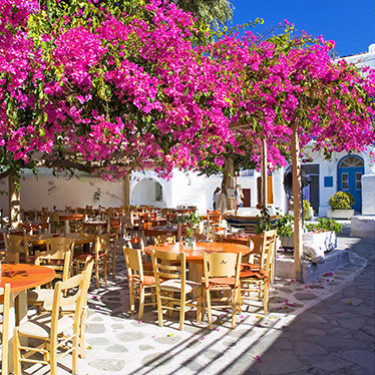 Greece is a marvelous paradox: thousands of islands clustered together to form a country unified by one powerful identity. It manages to integrate the relics of four millennia of ancient culture into some of Europe’s best party spots. But somehow it works, offering both picturesque refuges and jet-set action. Whether you want to see the blue-domed churches and watch the stunning sunsets of Santorini from the balcony of your villa; hike Mount Olympus, where the ancient Gods reside; island hop with a sleek yacht as home base; or cross the Corinth Canal to the newly popular Peloponnese, there will always be the stunning backdrop of sun-pickled white architecture and sparkling turquoise waters. Greek hospitality is legendary, and often begins with a proffered glass of the local ouzo. Simple tavernas serve up impeccably fresh octopus and fish along with sweet tomatoes, briny feta and wild herbs from the nearby hillsides. The country’s myriad archaeological sites, museums and monuments provide a vivid picture of the evolution of this cradle of Western civilization, from prehistoric times to the modern era. Athens boasts a fresh hotel scene and the contemporary Stavros Niarchos Foundation Cultural Center, designed by Renzo Piano, which houses the National Library and Greek National Opera. As always, what’s old is new again.