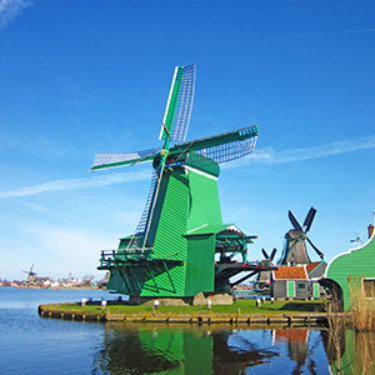 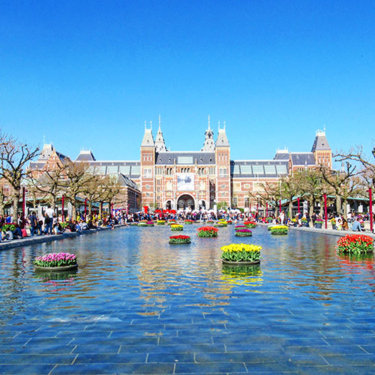 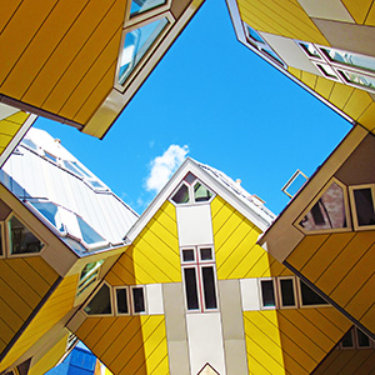 Fields of tulips, picturesque windmills, canal-side pubs and quaint clogs all spring to mind when conjuring up the Netherlands, often referred to as Holland, and these all remain icons of the Dutch experience. But in the 21st-century, this small nation offers exciting innovations alongside its wealth of cultural heritage and renowned marvels of water engineering. The people—open, individualistic and pragmatic—are very welcoming to tourists. In Amsterdam, the dynamic capital, extensive renovations were completed on the Rijksmuseum and the Stedelijk Museum and many old, abandoned buildings have been repurposed as music venues, galleries and a wildly popular food hall. The newly opened Eye Film Museum, situated on waterfront, is worth a visit just for the gorgeous views. The port city of Rotterdam has an international reputation based on its flourishing modern architecture. Nearby is the historic village of Kinderdijk, a UNESCO site featuring the largest surviving concentration of windmills built between 1722 and 1761. Delft, famous for its blue-&-white pottery, and Haarlem, a charming city located near the coastal dunes, are both rich in culture and character. Close to Apeldoorn, where the Royal Family’s former palace is now a state museum, there is Hoge Veluwe National Park, with nearly 14,000 acres of heath, woodland and dramatic dunes for world-class hiking, cycling and birdwatching. Wherever you go, the use of pedal-power is encouraged and bikes are often provided to explore the sights at no cost. In the Netherlands, the legacy of the Dutch Masters lives on, but amidst all the historic beauty is a thriving modernity imbued with gezelligheid, the cozy conviviality that makes this country such a wonderful destination.