One of my favorite conversations to have with people is about travel and I always ask two questions:

What is your most memorable travel experience?

What are your top three dream destinations?

When someone asks me what my most memorable travel experience is, the answer is emphatic: Burma! Yes, I still call it by the traditional name instead of the now official Myanmar. My trip to Burma was one of most captivating and unforgettable journeys of my life. The country has recently emerged from decades of isolation and finally seems to be on the path to democracy and freedom for its citizens. The people of Burma are gentle and charming, eager to engage with visitors and the world at large. Buddhism plays a large role in Burmese society and the ubiquitous monks and nuns are revered by the general population. The ancient wonders of The Golden Land, as Burma was known, are still intact and Western travelers—even the most seasoned—will be dazzled.

The first stop on my voyage was Yangon. The city is sprinkled with beautiful, crumbling colonial buildings, gilded stupas, colorful churches, mosques, Hindu temples and even a synagogue, reflecting its prosperous and multicultural past. And its downtown is buzzing. People live their lives on the street in the plethora of markets and food stalls where every commodity is available: Burmese and Indian street food, clothing, books, plumbing and electrical supplies, and anything else you can imagine. One of my favorite jaunts was a nighttime food tour along the sidewalk stalls of downtown, where I was able to experience Burmese culture through its food.

Venturing further afield in Yangon and I found a city of quiet residential quarters and verdant parks. In one of these parks, situated in a grand complex of temples and stupas, is the Shwedagon Pagoda. It is the most revered Buddhist site in all of Burma, a soaring golden stupa that is impressive to behold. 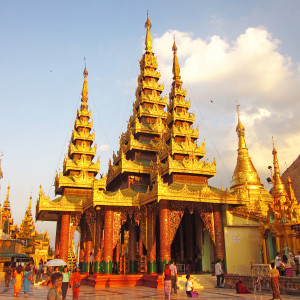 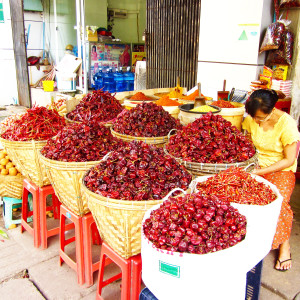 A short plane ride to the center of the country took me to Nyuang U, the gateway to Inle Lake. This beguiling lake spreads out across a long valley and it’s difficult to tell where the water ends and the land begins. The vast glassy surface is surrounded by marshes and estuaries containing stilt-house villages, Buddhist temples and floating gardens. The “streets” are canals and rivers and everyone lives their life on the water. You can even stay in a bungalow directly over the water. My half-day boat ride around the lake to visit the local villages, temples, markets and workshops was an ideal way to explore the area. 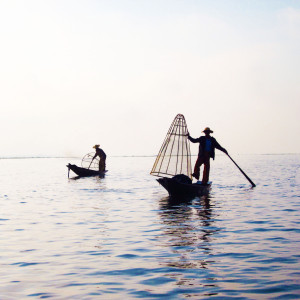 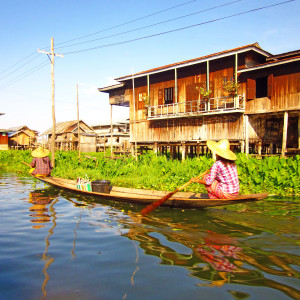 Continuing on, after another short flight, I arrived at the ancient capital of Bagan. There was once a grand city here, but all that remains are thousands of temples and stupas from the 12th and 13th centuries scattered across the plain. The mix of Buddhist and Hindu influences reveals itself in the golden Buddhas and astounding frescoes and carvings of the interiors. On the outside, the temples and stupas are covered in brick, stucco or gold and some can climbed for jaw-dropping views. I took an unforgettable sunrise balloon ride with Balloons Over Bagan and it is the best way to truly appreciate the majesty of this archeological wonder. Without a doubt, it was one of the best travel experiences of my life. 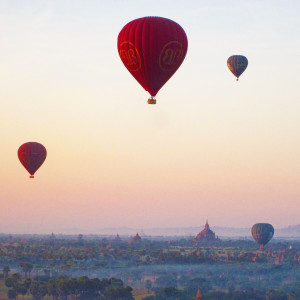 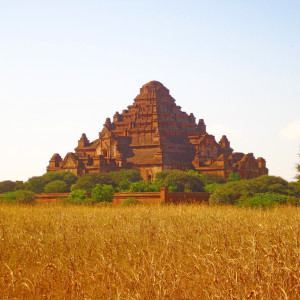 Seeking some relaxation, I planned a stay at beautiful Ngapali Beach on the west coast. What I found there was a palm-lined crescent of pristine sand, lapped by the crystal clear waters of the Indian Ocean, ahhh. The vibe in Ngapali is low-key, and while several luxury bungalow-style resorts have opened in recent years, the beach remains uncrowded and tranquil. Small seafood restaurants line the beach in many spots, serving the catch of the day, delivered fresh off the fishing boats every morning. And to top it off, the sunsets are magnificent! It was a delightful way to end my voyage. 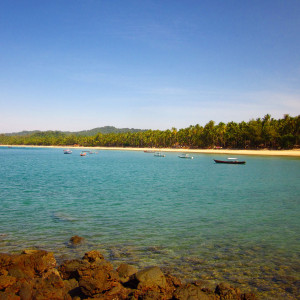 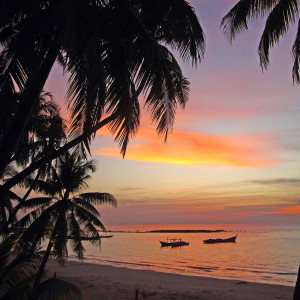 Aside from Yangon, the bustling former capital, I was virtually alone in most of the places I visited. There aren’t many destinations like this left in the world: relatively untouched by tourism and the commercialization of modern society. And despite spending almost a month there, I feel like I have so much more to see, from the hill tribes in the northern Shan state to the Myeik Archipelago in the southeast. At the end of my journey came the most difficult part: having to leave a country that moved me so profoundly. It was something beyond the typical end-of-vacation blues, a feeling that I had encountered a truly unique place at the right moment, an authentic travel experience.

As for my dream destinations: keep an eye out for an upcoming blog post about bucket list travel.

All photos by Insider Voyages